Here are representative images of the four selvages found on this stamp. Next is to match these conclusively to the plates as described by Tenorio. It seems that the plate 1 early low volume printing he refers to is the first selvage, which has a small red stripe along the edge:

First selvage, with thin red stripe along the edge

This selvage is the same format as found on other "cents" 1E1 stamps issued October 1, 1935. 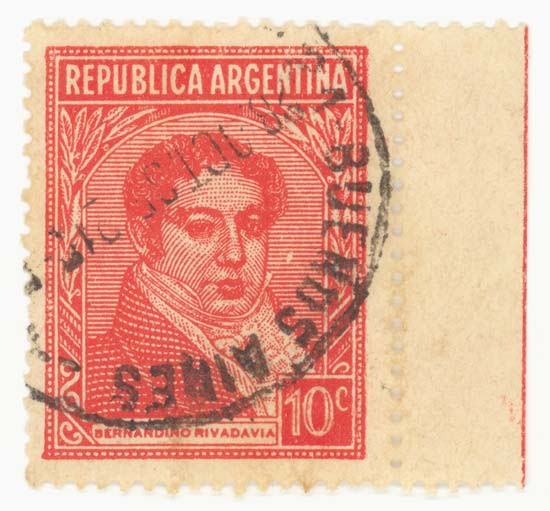 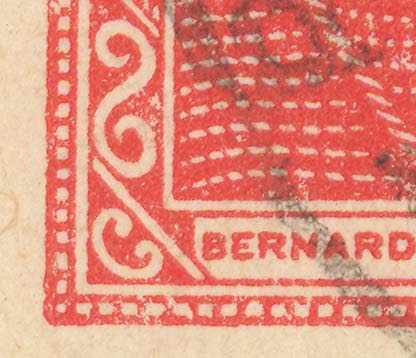 The selvage shown below is the same as that of the large block I described previously. It is Type I. 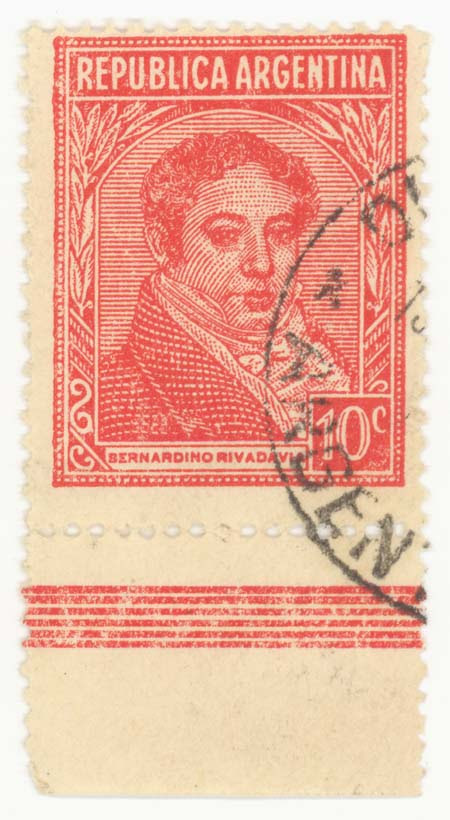 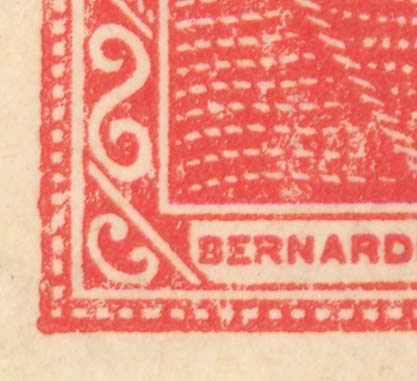 It is interesting that the selvage shown below is for type II stamps, but printed on a dark red that is similar to that used for the type I of 1935. This one may be one of the second plate printings.

Selvage with a single bar 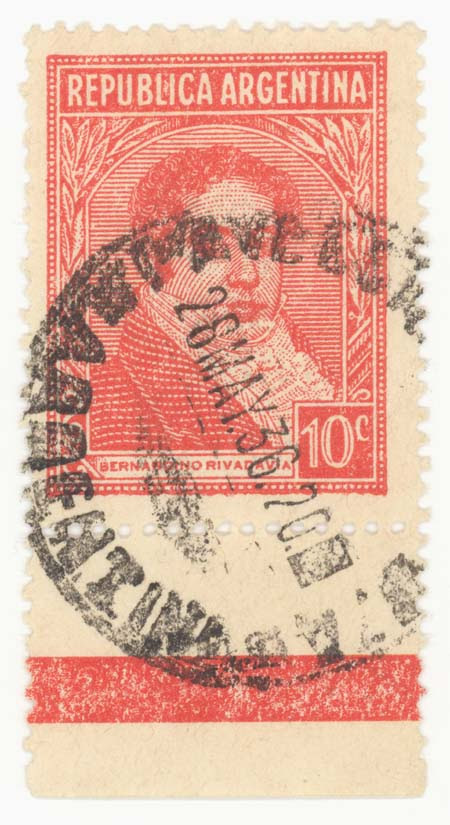 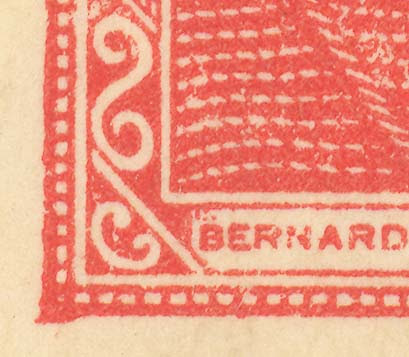 The last selvage found on this stamp correspond to the most common printing. This stamp was printed in a continuous roll press, and the selvage stripes are vertical to avoid ink collecting on the plate selvage. This selvage is for Type II stamps. 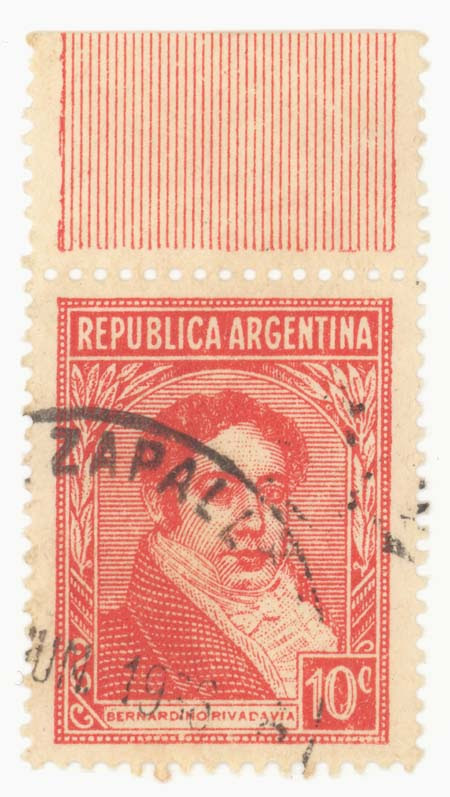 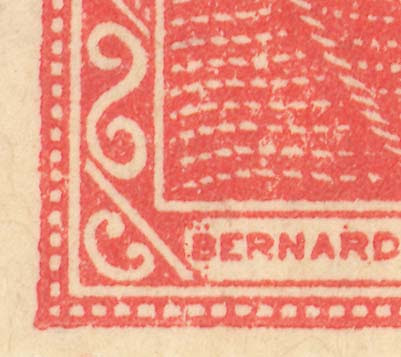