Here I include images of selected values with dated postmarks. After studying all of the issues for this watermark, I find that the 30c is only 1E1, and the 25c is only 1E2. It is interesting that stamps overprinted mostly in 1936, and in a small number of cases in 1937, are found used in 1939/40, when the "servicio oficial" issues were already in use. I postulate that these stamps were infrecuently used by this ministry. 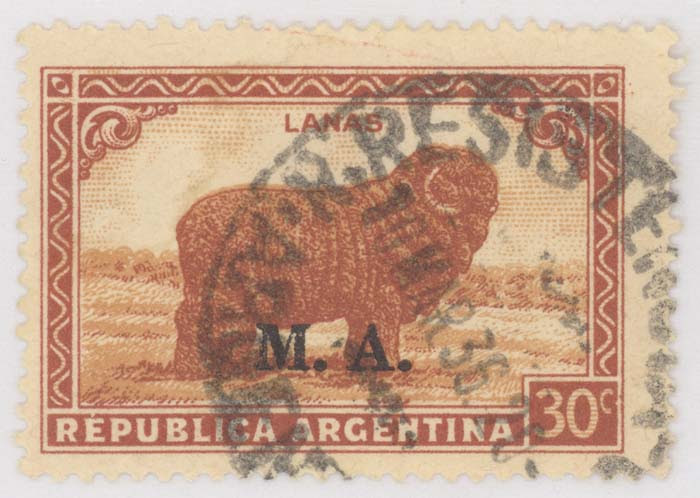 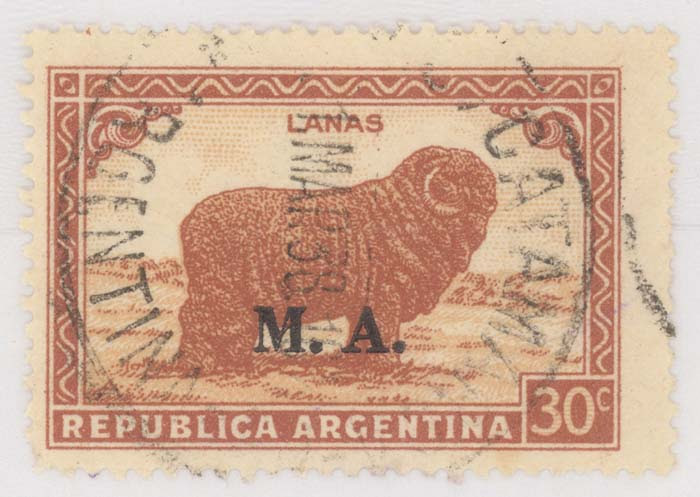 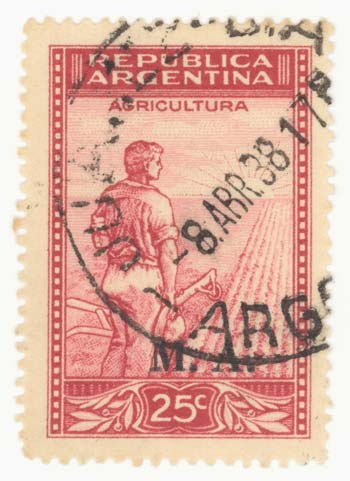 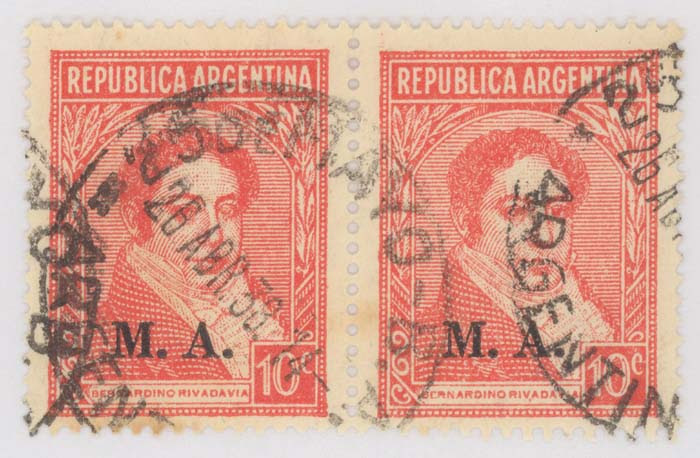 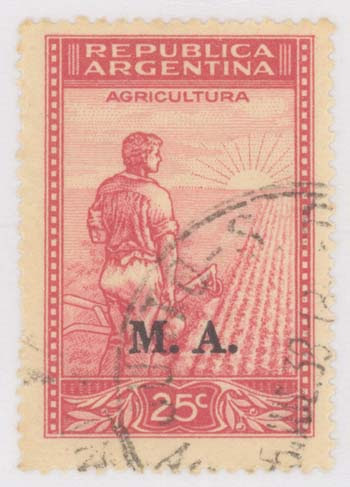 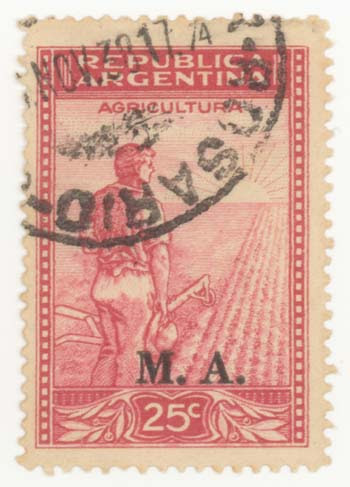 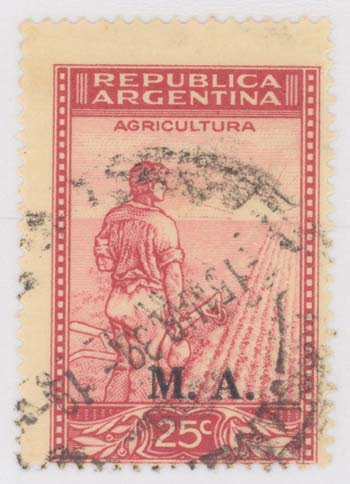 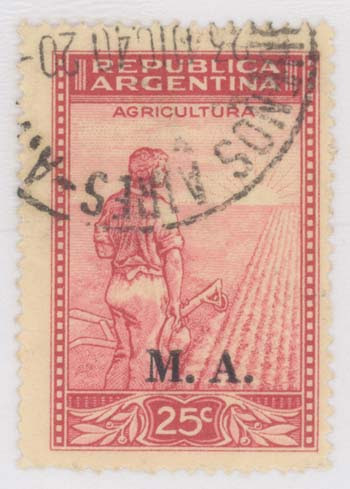