Relative numbers of the three types of 10c Rivadavia Red

I have selected a group of clean used stamps to look for types. I chose multiples of three or more as a first step to figure out where the Type III's are on the plate.

I found the blocks listed in this table from a selection of approximately 5,000 stamps. Because this stamp was used mostly as a single and sometimes as a pair, multiples are relatively uncommon.

The relative rarity of the Type I I already knew about. I would use a larger sample, including singles, to measure it with higher accuracy, but 1 in 20 of Type I compared to the sum of Types II and III seems realistic. 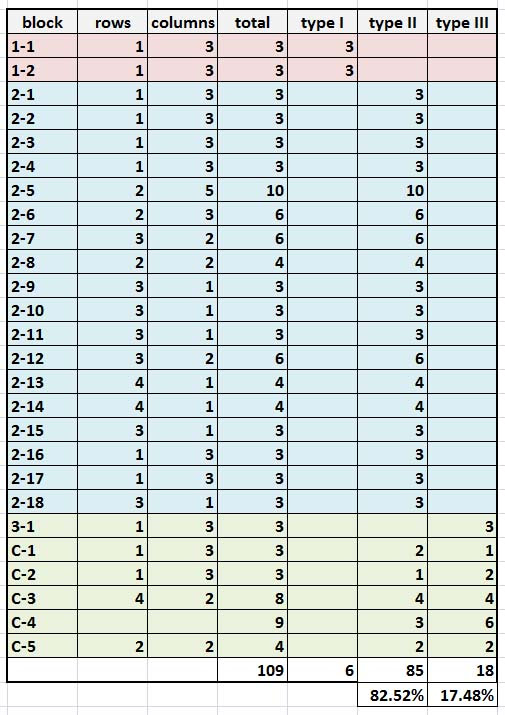 From these blocks an 82.5 percent / 17.5 percent split between Types II and III results. From the stamps with selvages I have, I only find type IIIs for the selvage with the vertical field of lines.
Posted by Rubiera