Before Nazi Germany and other countries during World War II used censorship markings, the Third Reich instirtuted currency controls, as part of which some mail was opened by customs, and the label strip on these covers was applied. The vast majority of mail from this period does not have these label strips. I am guessing if the envelope paper was dark enough, or the envelope was heavy enough, it got opened.

The first cover flew Via Condor. 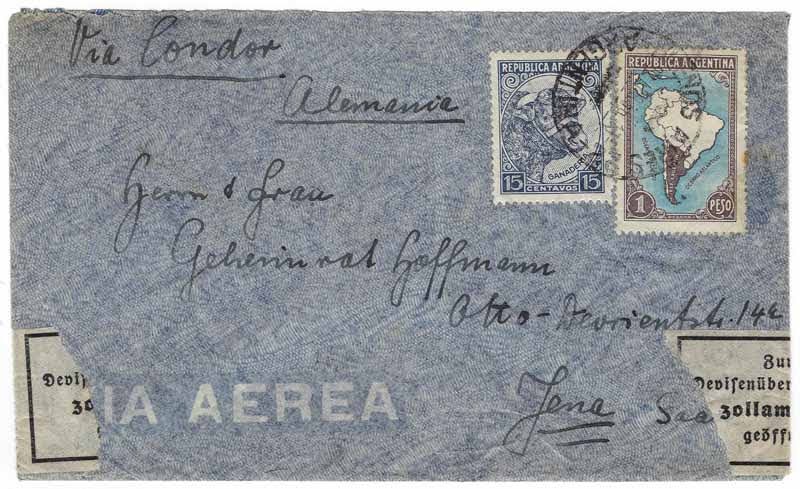 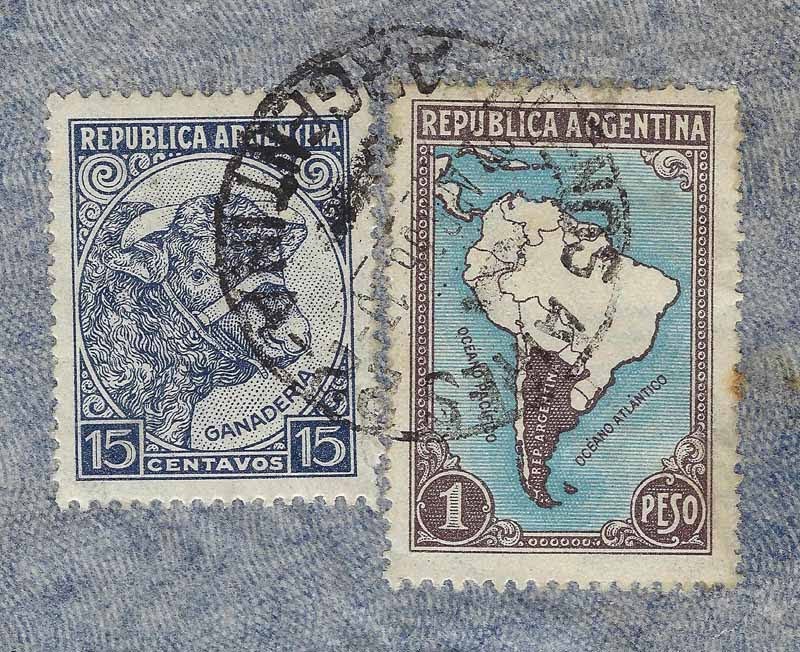 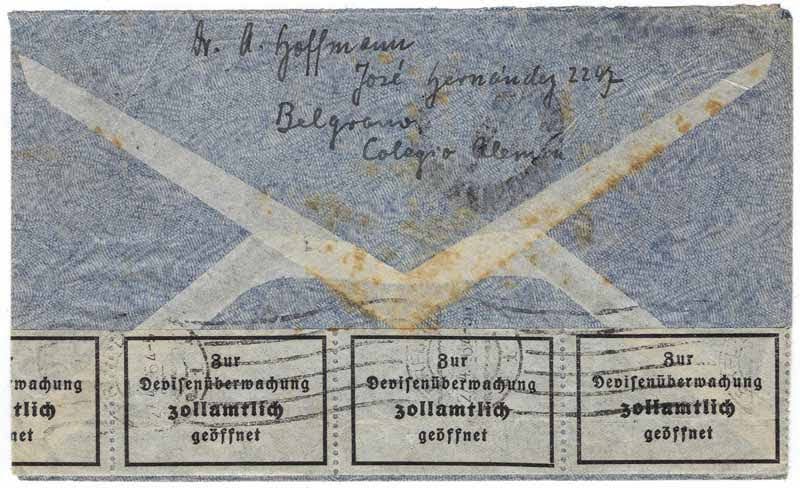 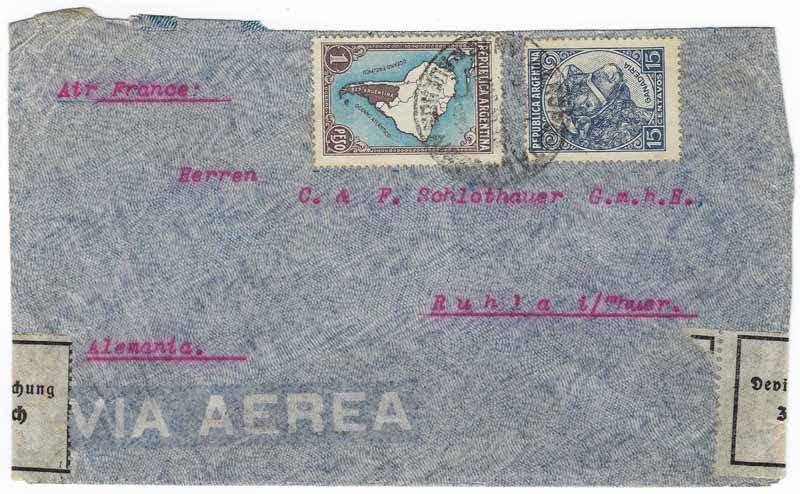 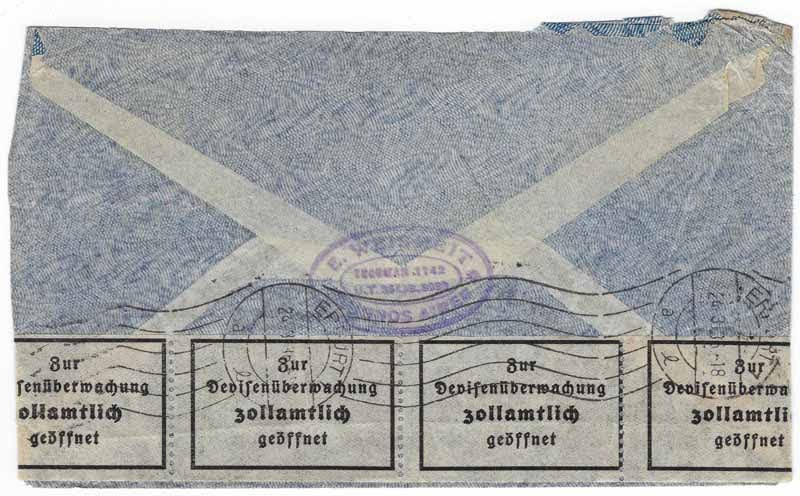