Bardi's table for the clay papers 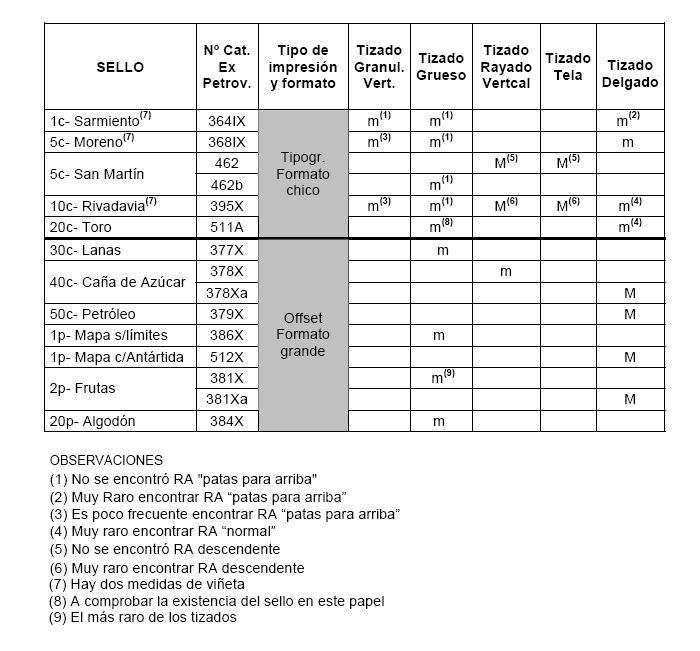 This table confuses me!

I will look closely at my 40c dark color clays. I have several on cover.

I need to study the 5c San Martin red on clay paper to better understand the 10c clays 'rayado vertical' and 'tela.'
These are the intermediate clay paper I need to study also for the 40c dark clay and the CL2A.

In summary, the following papers do not make sense:

There may be a new clay paper and that is the one used on the 40c dark colors clay.

This table omits the CL3, the thick clay paper used in the 1950s for the 25c 'Servicio Oficial.'
Posted by Rubiera